Pleased to have worked with this extremely talented musician!

“There isn’t a particular favourite but if I have to choose it would be Mussida’s ‘In Memoria’ piece, which is quite dramatic as well as melancholic” FdW, Vital Weekly 939, 2014. 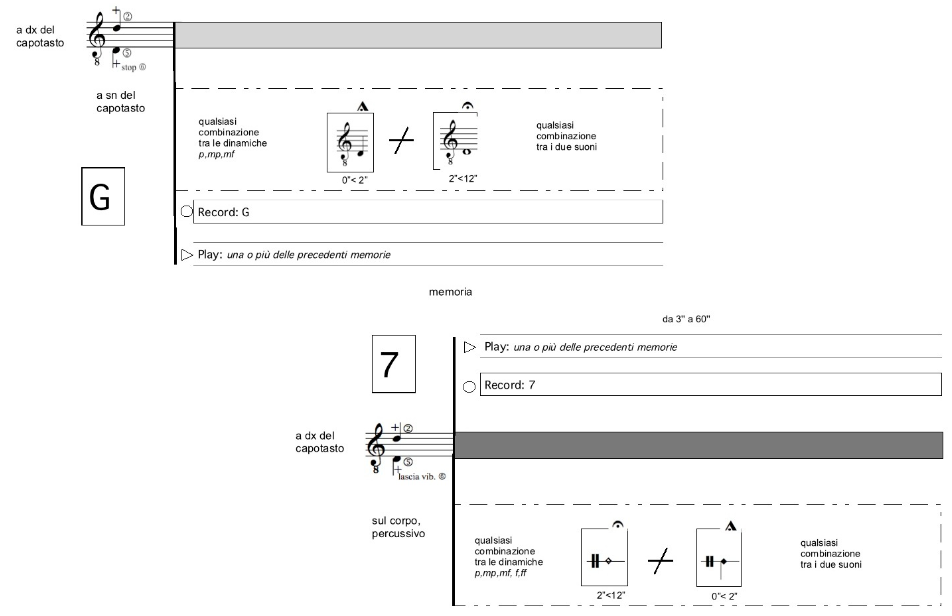 “On the second piece, “In Memoria”, she had a capo in the middle of the neck, holding down a chord on one side and plucking the strings on one side. The repeating theme recalled bells chiming over and over in the distance to great effect. I realized that being able to see how these sounds were made might take away from the mystery of how it sounds without watching” Bruce Lee Gallanter, Downtown Music Gallery, NY.

“In Memoria”, a meditation around memory, technology, sound: scored for Electric Guitar (partially prepared), loopers, quadriphonic audio. Written for and perfomed by Alessandra Novaga . Milan, 2013.
more details here (in english), and here (in italian)
BACK