out for Metrica, the commissioned work for small ensemble and electronics Ventuno Costellazioni Invisibili is printed in 300 signed copies, distributed worldwide through Die Schachtel (IT).

the same session of Ventuno Costellazioni Invisibili has been recorded and mixed also in binaural stereo and 5.1 surround sound for spatial audio installations or home theatre immersive listening 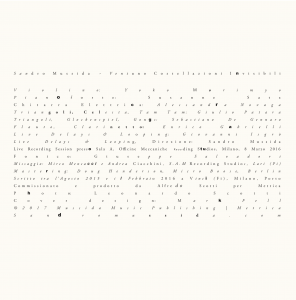 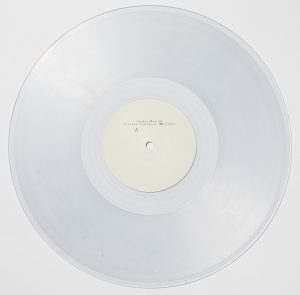 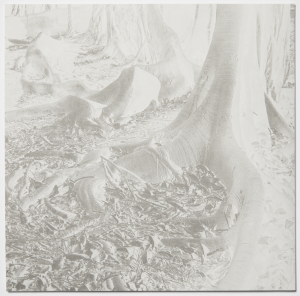 Making up the first record with Mussida’s name at the top, Ventuno Costellazioni Invisibili ventures a beautifully suspenseful play on perceptions of time and space rendered in two distinct, electro-acoustic pieces, each making sublime use of an ensemble comprising the artist as director and looping strings, alongside Enrico Gabrielli (clarinet),

In both parts the piece references a graphic score which looks like the schematic for a teepee, but in fact describes a “transfiguration of perceptual time” in its triangular design, prompting the performers to play pitches at differing speeds, with musical “cells” generated by the rotation of triangular figures in time and space. While we may not be able to correlate exactly what we’re hearing on the record, it’s at least easy enough to see where the precision of its underlying structure stems from.

In the first, ten minute instance, this manifests an incredibly delicate display of pointillist percussions and levitating, sustained string tones which establish the spatial parameters, before shards of guitar and piano light up the space with a pensive emotional ambiguity which reveals itself as increasingly blue, melancholy and strung out by the pinch of the closing notes.

In contrast, its 14 minute counterpoint is more radiant, but not necessarily optimistic, striking a balance of nervous tension and chiming harmonic resolution that soon enough slips into something like a lucid dream state with an almost theatric interplay and agenda that crosses soundtrack, avant-garde and classical sensibilities in a mannered, poised way that’s key to so much of the strongest Italian music, clearly inheriting from the likes of Giusto Pio and Franco Battiato, and cleanly resonating with modern works by Oren Ambarchi or Elodie.

All that said, there’s something totally captivating about this LP that can’t be explained in terms of its technique or theory. It’s a record whose crafty metaphysics encourage a sublime, unknown state which must be experienced to be understood.

PS: the triangular figure inserted in the inlay is indeed the primal source of the score, not the score itself. 21st August 2017

the hum by bradford bailey